A survey carried out by a well-known company showed some alarming statistics. They concluded that office workers tend to spend a limited amount of time outdoors every day more than 15 Minutes Outdoors.

Around 35 to 40 percent of the office employees spend only 15 minutes outdoors (excluding the time taken for traveling). Approximately 20 to 22 percent people spend just about 30 and may be 15 Minutes Outdoors. 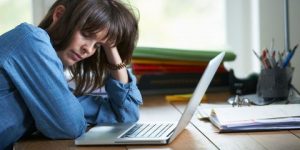 This is quite less in comparison to the prisoners who have to spend one hour outside compulsorily. An average time spent by an individual on his or her desk is rising.

More than 7 to 8 hours are being spent on their office whereas the other times are allotted to staying at home, in the bed, and so on.

Not getting enough of fresh air, insufficient exposure to natural sunlight and complete absence of indoor plants are considered to be few of the sources for stress and frustration in the employee.

This, in turn, is harming the productivity as well as the health of the individual without them even knowing about the same.

Getting closer to nature has seen a lot of improvement in the physical and mental aspect of an individual. Excessive sitting at the desk can harm the body ,and it has a negative impact on the metabolism rate.

It also tends to have an effect on the blood pressure levels, slow breakdown of fat and effects how the sugar is regulated in the body.

All of the factors give rise to specific health issues such as obesity, diabetes, lung problems, high blood pressure, depression and so on.

Why is there a need to connect with nature?

We humans have always needed to stay close to nature or greenery. With the rapid changes occurring around us, there is a hoard for competition among one another.

This has led to longer duration of working hours, spending on luxurious items and staying indoors in air-conditioned offices or homes.

The managers or the bosses should need to be made aware that all of this would someday have a negative impact on the mind and body of the individual. 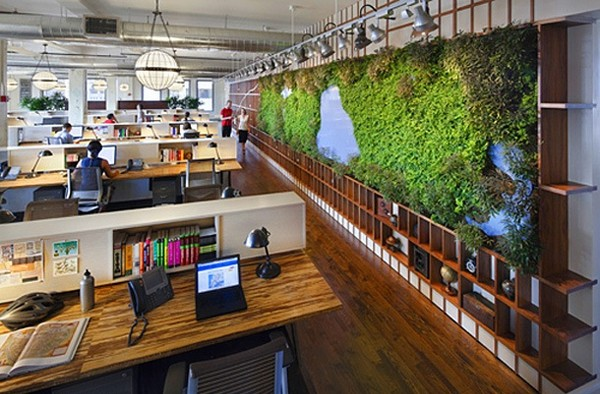 It would start affecting the well-being of the individual. When you start to bring the natural elements at the workplace or home, then it would lead to positive impacts.

Nature has the power to change the mental status of the individual, which in turn can lead to an increase in performance, more creativity, increase in productivity.

Nature has the answer to all your queries. It tends to act as a natural booster for the well-being of the individual. Below are a few of the reasons why one should always stay associated with nature:

Mental fatigue is taking over people wherein the brain seems to halt of a sudden, and you become blank. The individual in a split second does not seem to be aware of what they were doing.

Exposing oneself to the environment can help in getting the mind back that seems to be lost. Researchers have also confirmed that staying outdoors for a certain amount of time has a lot of mental benefits.

In a few cases it was found out that people who look at the picture of nature would instantly feel energized and bounce back. Green walls are of help since it surely helps in relaxing the mind indoors.

Improvement in the short-term memory:

Taking a walk in nature or among the greens also promoted the mind of the individual. In our urban environment, it often feels stressful when you take a stroll, but when you have a short walk in a garden or a park, you instantly feel energized.

Are you always stressed and tensed even in small matters? Do you feel anxious when a project is handed over to you for completion? Then get up and head for the trees.

In one of the study, it was found out that a walk in the forest or among the trees helped in the lowering of the stress hormone called cortisol.

The research also found out that it led to a reduction in heart rate in addition to the reduction in the levels of cortisol. They say stressful states can surely be relieved with the help of forest therapy.

We all are aware that the natural environment has restorative power. Hence just a walk outside and away from the city life can help in restoring the weakening attention.

Nature has shown a lot of power, wherein even the children suffering from ADHD have found to be concentrating better with just a short stroll in the park.

With so many benefits provided by nature, we surely have to say that nature does deserve its dues.

We are slowly forgetting the importance of nature, and in a rush to move ahead we are destroying the natural habitat that is affecting not only animals but also us humans.

The destruction of nature has not only impacted the climate but also led to a rise of toxins in the environment. Hence it is time that we bring back nature into our lives and convert this concrete world into a natural habitat.

The living walls or indoor vertical gardens are turning out to be a popular trend not only at home but also at offices.

Since it is not an excuse for a person to not step outdoors while at work but surely to an extent, this technology helps in providing fresh air and positivity for that certain duration when the individual is indoors.

Living walls purifies the air and also reduce the need for air conditioning or any other system.

In a way it absorbs all the harmful pollutants and in return it provides fresh and clean air to the individuals. More and more corporates are adopting this technology.

As an individual you can also personalize your desk by having small plants in your desk. There is a need for thorough research on which plants are best suited indoors considering all the factors.

It is time to encourage physical fitness, mental fitness and better air quality where we breathe 15 Minutes Outdoors.