Green roofs and green walls have been there for a long time now. Incorporating greenery or plants while designing the building is a beautiful idea since it is robust to the change in the climate.

What exactly are green roofs? There are varied types of green roofs. Mostly they are known to be including certain layers of waterproofing, soil, drainage and then plants.

The green roofs can be either constructed in modules or they can be in loose lay. Talking about the modular designs, it would mean that there are layers which are pre-planted into plastic boxes which are light weight.

They are then clipped together onto the roof. The loose lay design on the other hand is where there is a complete area of the roof available that is then covered up with the layers of soil and plants.

The green roofs that are built can be shallow which is either 150mm or less than that. They are also called as extensive green roofs.

Those green roofs which have deeper soil, that is more than 150mm are referred to as intensive green roof. The intensive ones are more complex construction than the extensive one since they are engineered to take in heavy loads. 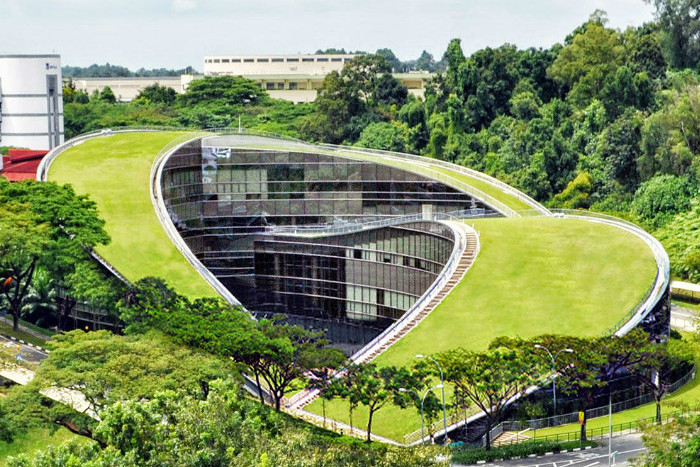 What exactly are green walls? Green walls are basically of two types, the first one begins green façade and the second one is referred to as living walls.

The green façade is termed to be a simpler system wherein the plants are grown in the soil directly and then they are kept on the frame or the trellis structure which covers up the wall or acts as a partition.

Out here the plants can be either grown directly in the ground or they can be grown in the container. Living walls, on the other hand, are said to be a complex system wherein there are pockets or panels being fixed on to the walls directly.

This allows the plants to grow in the pockets. In this particular system there is often less use of soil so as to reduce the load on the walls where it is placed. Instead of the soil, the plants are given nutrients through the irrigation water system.

Green walls and green roofs are gaining more and more popularity across the globe. Whether it is at home or in the office or any other place, there is a need to connect nature with human.

The reason is quite simple; we all have been close to nature since the beginning but with the advancements in technology somewhere we are cutting off nature.

This has led to a rise in pollution which indirectly leads to increase in health risk for the individual. Hence there is a pressing need to bring back greenery near us. Let us have a look at why there is a need for green walls and green roof:

Green roof or green walls can bring about improvement in the quality of the life for us humans. It not only leads to physical health but also the mental health.

It helps in reducing stress levels, increases joy and calmness, brings about a sense of well-being and comfort. It has the potential for also increase employee productivity at workplace.

Green roof and walls look beautiful and when they properly maintained, it leads to an aesthetic appeal that is hard to define.

With the combination of plants, soil and all the trapped layers of air, it acts as a sound barrier thus providing protection from too much of noise or sound pollution.

The sound waves get absorbed and deflected. Plants help in blocking the higher frequencies of sound. Green roof that has a substrate layer of 12cm would help in reducing around 40 decibels of sound.

Saves costs of heating and cooling:

The green roof help in the reduction of heating as well as cooling costs. This is done by reducing the temperature that is present inside of the building.

Green roofs have a thermal performance that would reduce the need for air conditioning system during the warmer days and also provides insulation during the colder days.

With the help of the natural photosynthesis process, the green roofs and walls produce fresh and clean oxygen by absorbing carbon dioxide and other harmful toxins.

They convert the carbon dioxide, sunlight and water into fresh oxygen and glucose.

Filteration of air and water:

This technology helps in the improvement of the water quality that has been harvested from the roofs. They are then greened because it acts as a natural water filter.

Apart from filtering water, plants also help in filtering the air. In case of green roofs, they trap any bioremediate or any other pollutants that fall on the roof. The green roof can remove around 2kf of any airborne pollutants each year.

The green roofs and green walls are known to reduce the effect of urban heat island. One can lower the temperature by covering the wall or the roof with green vegetation.

It would act as a shade on the building materials which otherwise tends to absorb heat. The process of evapotranspiration is known to provide the cooling effect since the water gets evaporated from the soil.

The plants would then transpire by taking the water through the roots. Ultimately it would get released from the leaves.

It helps in the enhancement of bio-diversity. It provides upcoming and newer urban habits as well as specific kind of habits for rare species of plants and animals.

When native plants are used in this green roof and green wall then it allows for wildlife habitat. Biodiversity can be further enhanced with the use of green roof technology especially for those invertebrates.

Any of the unused space can be instantly turned up into something which is beautiful and appealing. Hence dull looking space or those not used can be turned into a valuable space as part of recreation, gardening or for growing varieties of food items.

What types of plants are used in living green walls?